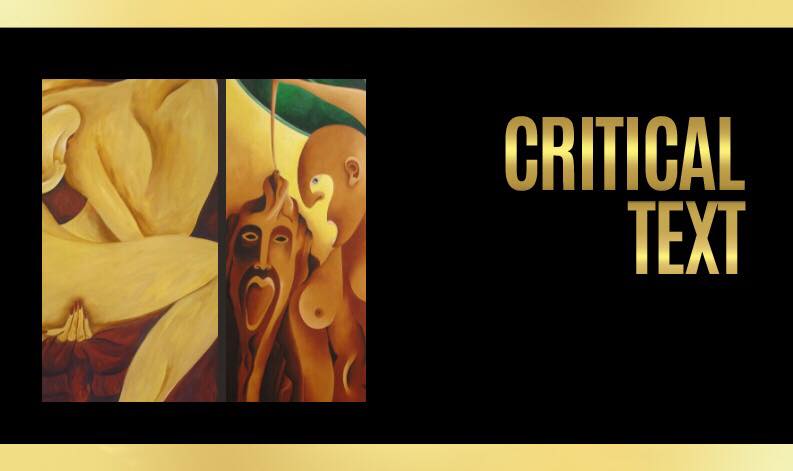 The pain and the piercing cry

Every day, every moment, the pain crosses the flesh of the earth that, wounded and torn in large parts, bleeds and consumes itself by pulverizing life, dissolving love. How is it possible that we landed on Mars and there’s no living space for everyone in our planet yet? Who stole the space of existence to millions of creatures? Who suffocates the being of the looming creatures?

All of this is disturbing and haunts the sensitive conscience. It denies sleep to those who condemn injustice, ferocity, abuses. A lot of indifference in this part of the third millennium and it’s hard to find who has the courage to shout the right sentence.

Where’s Art in this trench of suffering? Where are the artist, the painters, the poets, the creatures who are sensitive to the moan of those who have no voice? Where is the new Guernica? Where are the masters in defence of the weakest? The answer is bitter because between unconventionality, decorative aspect and various whining, Art in most of the moments when it should be active, proactive, disruptive…is just not there. A young artist from the area of Catania realized it for a long time, he grew up at the foot of the largest volcano in Europe, the Etna, a mountain of fire and changes of air and light, space and land.

Giuseppe Caudullo is the artist of new humanity who breaks the sphere of silence, tears apart the space of indifference and ranks without any hesitation on one side, on the side of those who are pushed to the boundaries of a violent and selfish system.

His painting, his drawings, shout like trumpets of judgment, bring up the protest and defend the defeated creatures, abandoned to a destiny of suffering and pain. Yes, painting ( and whit it the whole Art ) must be supportive, it must push human society to an agreement that is respectful above all towards those with less possibilities, less opportunities, less resources.

This is the reasons whi from the painting of Giuseppe Caudullo flow colors which are bright like blood, a sharp and incisive sign as a wound. His paintings are heartbeats, impulses of the soul, endless caresses towards a world in search of peace and equality.

Mouths of fire open up in its iconic spaces, embracing hugs weave its compositional structures, eyes that enter the being, penetrate even into the unreachable places. It’s the power of painting, of the saturated color that settles like fiery lava, of the decisive gesture that stands out in the air like a banner of sharing.

There are no shortage of position taken for the respect of the sacredness of children, and his adesions to messages aimed at considering the integrity of woman as inviolable are evident. Nothing can justify violence, no man has the right to touch the other man.

Caudullo launches messages of brotherhood in its cromatic texture. In his paintings the material becomes one with the sign as if the substance of things is one, that life is one, that the planet we live on is only one: a vessel that doesn’t have to travel in the storm because everyone’s life is at stake, the subsistence of the system itself. Respect for nature, in its balances, in its values, is also a material for his art. On the other hand, how can a sensitive artist be indifferent to the threats of those who want to steal air and light from man, harmony and beauty?

The painting of Giuseppe Caudullo is a call for all and in particular for the Artists in whose hands is the secret useful to save the beauty, in all its life expressions.